Ay-Up Dusk till Dawn with Video 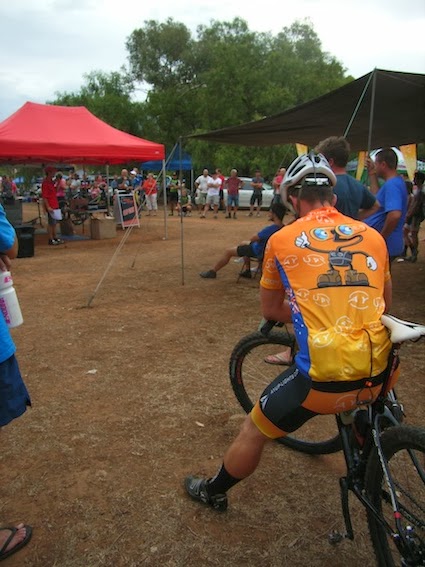 When someone said it had been five years since the last Ay-Up Dusk till Dawn I was surprised. I soon realised that particular event could have been my last Dusk till Dawn too. It seems like this format of racing is under utilised.
Having previewed the Tamworth course last year I was keen to visit again. The mixture of flowing corners, rocks and pinch climbs had me intrigued. To top it off the Ay-Up Dusk till Dawn was offing 100% single-track and all-night riding. 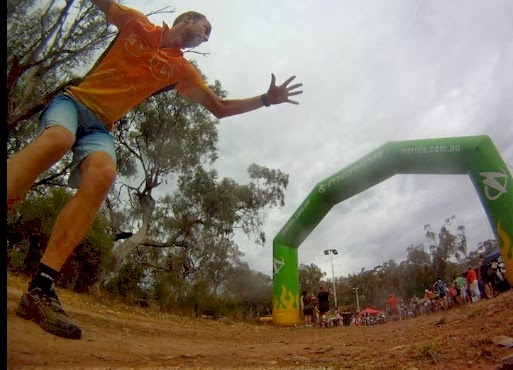 Like many parts of NSW for that weekend it was forecast rain but still that heat we had been putting up  with was going to stick around. If it did rain it would make this track even more interesting, I fitted all-round tyres and crossed my fingers. For this event I was teaming up with Sean Bekkers in the hope that pairs would offer us more chance to socialise, enjoying the event from a different perspective.
We kicked off the race against a quality field of both teams and solo riders, going for a single lap strategy to begin with. Just a couple of laps in and it was dark and any mistakes could be costly. Sean punctured on the first lap of our double laps sending me out to do a first double and giving him a time to sort out tyres. 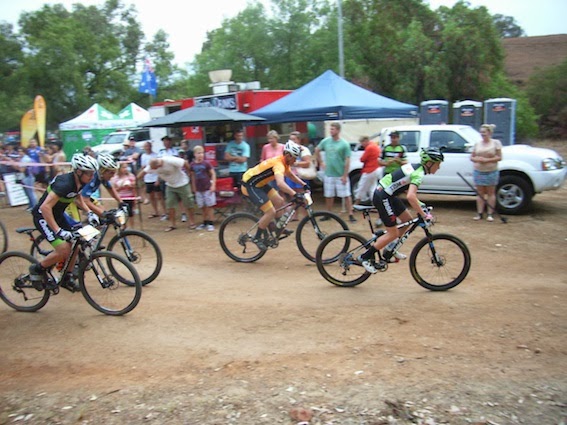 The team keeping tabs on us and our close competitors was a team of three, all three very good cyclists in their own right. It looked like the competition between us would continue all night. It was great to be able to watch the other battles from the sideline during the night, as Sean punched out his laps, especially between the leading solo riders.
After six hours of racing the tight sections and pinch climbs began taking their toll and the team of three  were getting faster and faster, finding their groove as the night went on. With eleven kilometres of trail there was plenty of space between riders and during that post midnight period it seemed quite often like you were the only one out there. A special time to be out on the trail. In the final hours we had a comfortable lead in our pairs category, the team of three challenging us all night finally caught us and made a good time gap. The leading team remained the same for the whole 12hrs, these guys were on fire and untouchable from the word go. A massive effort by all the solo riders on what was a fantastic but tough course.
A great event on a trail I hope to visit more often, hot food, drinks, cool showers, endless trackside camping, all just outside of Tamworth town centre. Thanks to Ay-Up and Sean Bekkers for the support and fantastic lights. Got to love getting back into night racing!

Posted by CrummyMTB at 9:16 PM

Freaks on a Bike

Ride for a Reason